Potter/blogger exraordinaire Joel Blum and I have recently traded a few thoughts on the idea of perfection in art. I have enjoyed the conversation. In my mind the idea of perfection stands above the mundane as an ideal, something to shoot for, but I’m not so sure it actually exists. I’m not sure its actually even a good idea. I think of it as a motivating tool at best, a potentially stifling wrong turn at worst. But all that aside, what if we were forced to choose a winner? What if we had to pick one or two works of art to represent the best of the best? What if we orchestrated an art rumble where only a few survivors came out on top? Winners take all. What would an Ultimate Pottery Death Match look like? Who would be your winners?

Joel asked: “Question, what 2 masterworks in ceramics over the past 50 years would you point to if asked?” This is how I responded (a bit expanded in my rambling sort of way):

I’m not sure I could. At best it would depend on what sort of mood I was in. And I have to admit that the things I like are not the exclusive last word on quality. There are plenty of great works that I simply have no taste for. I admit this freely. I have favorite artists, but it would be hard to even choose which single work was their very best. And it would be near impossible to say that the best of one artist is better than the best of another.

And why would we need to make such a choice? It seems a sort of cultural prescription that is founded on the possibility of an idealized version of things. We are misled by being able to say that one thing actually IS better than another to the belief that this means that one has to be better than all the rest. If its a continuum of better, better, better, better…. surely at the end of that chain there will be one that stands above the rest as the ultimate best. ‘Better than all the rest’ seems a natural consequence of the potential for difference in quality. Our words seem to peer behind the curtain of daily life to some underlying necessary reality.

But we are not diagnosing objective truth here. The fact of being able to choose is not a testament to metaphysics. What we are doing is the very human compulsion to decide between two or more things. An exercise in cultural and verbal flexibility, not science with words. The idea of an ‘ultimate choice’ is pure fantasy and linguistic fable, or else some contextual cultural necessity. Language may point us in that direction, but it also points us in the direction of unicorns and zombies. We simply have this habit of taking a good idea and bending it out of all practical proportion. Which is why the idea of perfection is so pernicious. The allegory of Plato’s cave is itself a shadow cast on the wall, not by the sun of ideal truth but by the power of our words and customs.

If the question is which two pieces of pottery I would want to be stuck on an island with for the rest of my days, that would keep me intrigued and fascinated, I would definitely have to choose a cup/mug and a shallow bowl/pasta plate. It would need to be things I could use on a daily basis. I’d probably want them wood fired or soda/salt fired because those surfaces entertain me the most. I could look at them for a lifetime and still discover new things through the humble daily rituals of use.

Like I said, narrowing it down is not a natural part of my disposition, but I would not lose any sleep if I ended up with these two pots: Justin Lambert (plate), Kristen Drummond (mug) 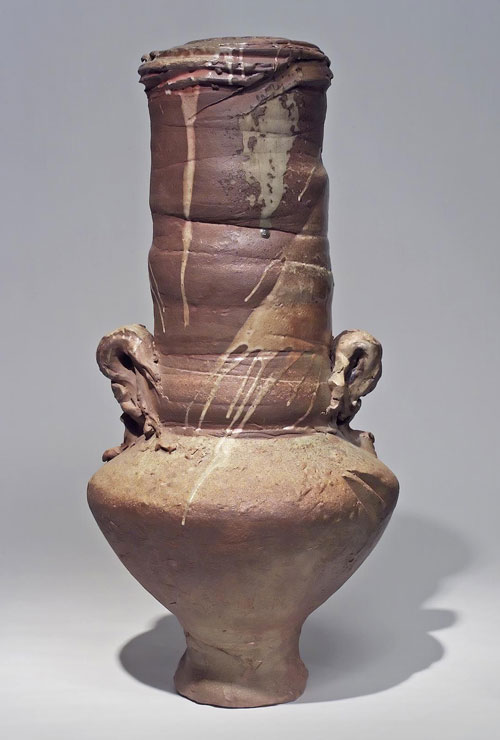 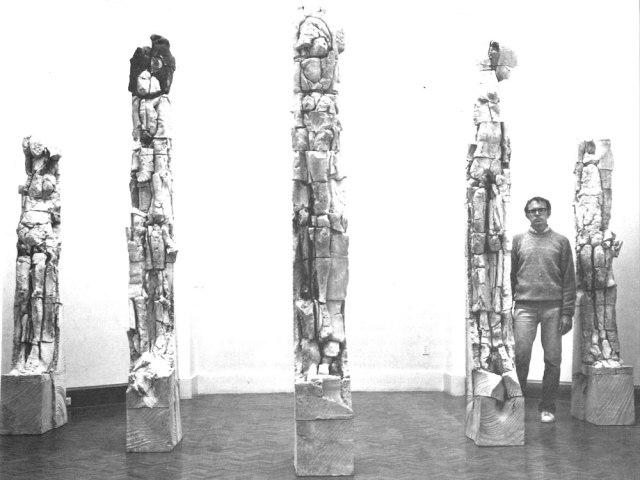 What two works of art or pieces of pottery would you choose? Why? Would it make a difference what you were choosing them for, or would two works simply stand out regardless of context?

I am an active potter and sometime pottery instructor who is fascinated by the philosophical side of making pots, teaching these skills, and issues of the artistic life in general. I seem to have a lot to say on this blog, but I don't insist that I'm right. I'm always trying to figure stuff out, and part of that involves admitting that I am almost always wrong in important ways. If you are up for it, please help me out by steering my thoughts in new and interesting directions. I always appreciate the challenge of learning what other people think.
View all posts by Carter Gillies →
This entry was posted in Art, Beauty, Ceramics, Creativity, Imagination, metacognition, Pottery. Bookmark the permalink.